The earth’s main source of energy is the constant flow of ultraviolet, visible and infra-red solar radiation. Geographical aspects like latitude and elevation determine not only variations in climate, but also variations in illumination. As light travels through the atmosphere it bounces of particles, first  filtering wavelengths of violet and blue, followed by green, yellow and orange. A combination of the remaining visible light gives every location on earth its specific illumination.

Throughout the year in constant rhythm the Calabrian sun strikes the flat and narrow asphalt surface of the coastal landscape; just like waves and currents that never cease to transform the coast.

Our proposal aims to harvest the energy that is created in the interaction between the geometry of the highway and sun-rays hitting it at different angles throughout the seasons. A canopy of dye-sensitized solar cells (graetzel cells) follows the geometry of the decommissioned highway. This low-cost technology is extremely promising and is considered to be a potentially significant contributor to renewable electricity generation by 2020. Each panel is tilted at the exact angle to capture the specific wavelength of light predominant at its position. As the road changes direction the panels change inclination and color, always achieving optimal efficiency. Production of electricity forms a new landscape of light and color to mature, evolve and to be enjoyed. 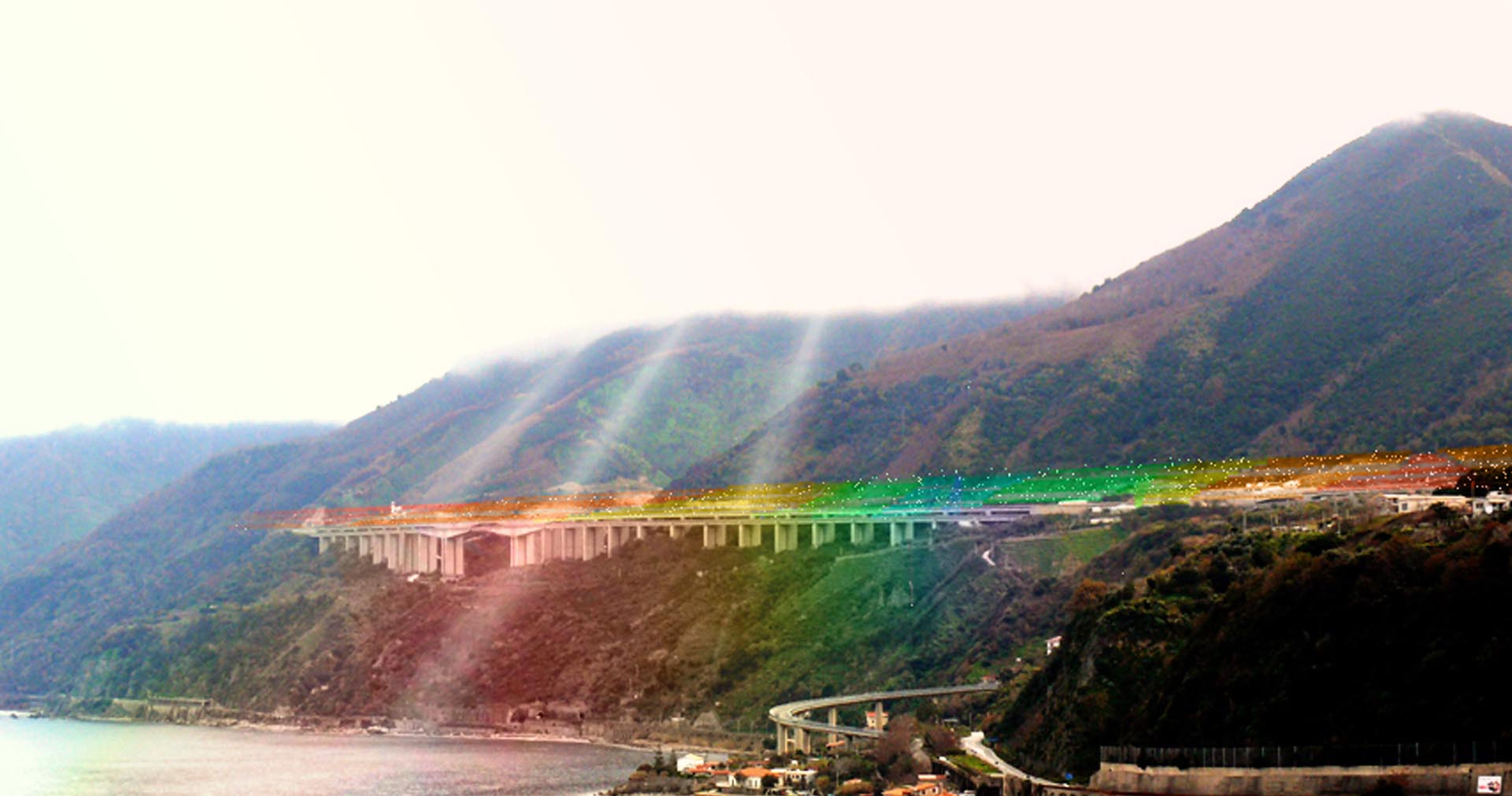 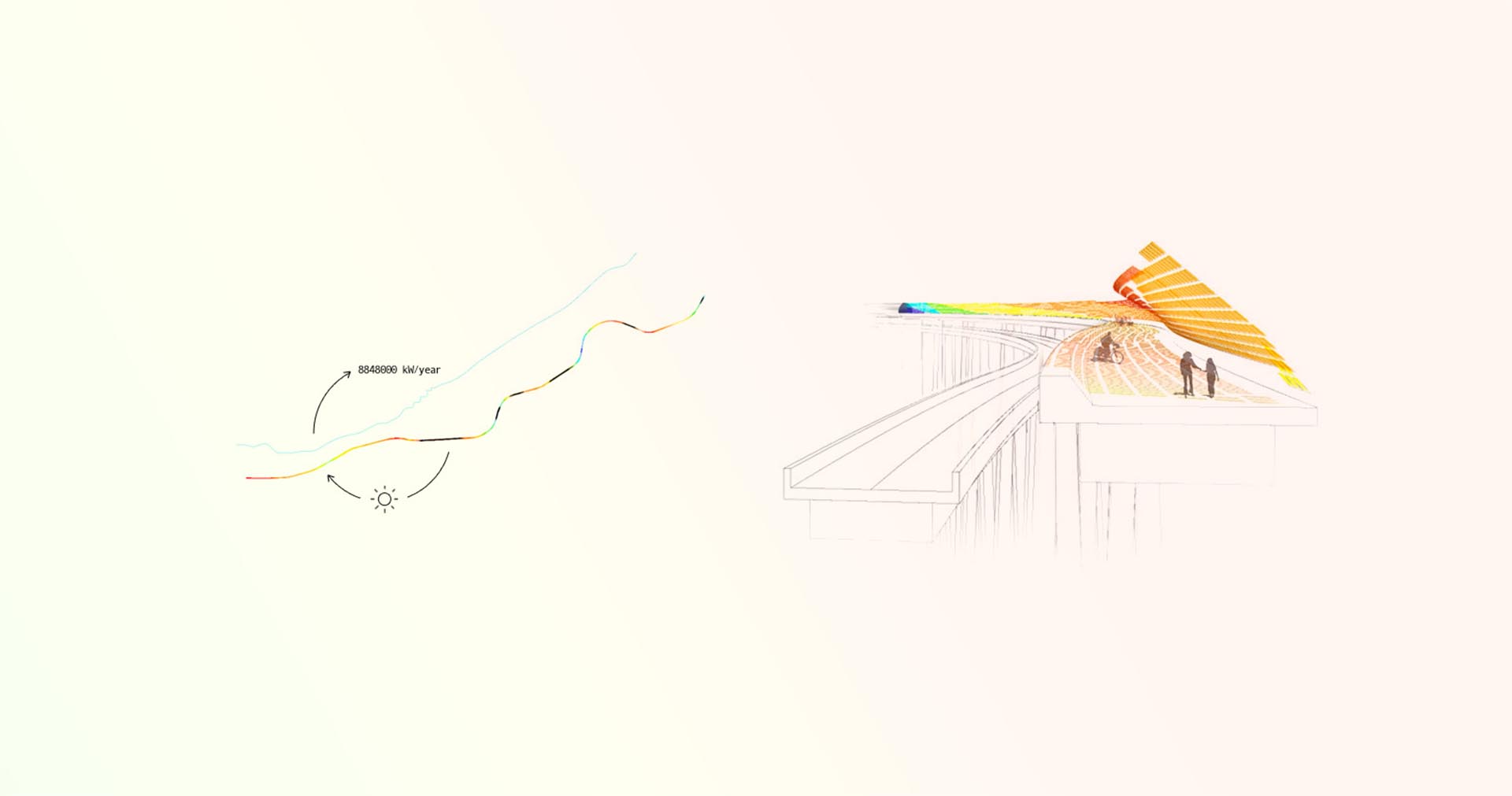